skip to main | skip to sidebar

but I'm back now.  It's been a little rough these last few months.  My big brother Xander crossed the rainbow bridge and Mom & Dad were having a rough time too.  They are no longer together.  I got custody of Dad.  Ripley, Inara, Score, Fig, Puzzle, Odd, those stupid cats, and the new girl(Trill) all got custody of Mom.  I miss Mom sometimes, but not those other four legged things.  Dad's family in MD didn't want to help him, at all, so we had to move 4.5 hours away to VA.  We now live in an apartment, with no yard, with my big sister Jessi(Dad's daughter).  She's happy because she doesn't have to live on base anymore, she's in the Navy stationed in Norfolk, VA.


Jan 23, 2012....Well the first week at our new home went pretty good...met some of my big sister's friends(there was something about Navy, but I don't know what color that is)...begining of this week dad went a little nutso, but he seems better now...he said something about loose ends being tied and moving on. Not sure what that means, but I hope he's happy when he's done....I don't really like it when dad yells.....oh, and the bestest part, I'm the only dog so I get all the pets and attention.


OMG OMG OMG...dad says we're going out tomorrow....he say it supposed to be 64, but I heard 61....I hope he remembers to charge the scooter tonight....I think I'm getting a little fat, I need to exercise more...


Jan 24, 2012...Didn't get to go out today, wasn't quite warm enough for dad with the breeze. He said he's going to throw my ball thingy down the hall for me when I'm done here. Oh, Mom will be proud, I learned how to push the button to open the trash can today and no, not to get into it.


Today....Last night Dad said he found as sports bar .4 miles from home, so when it gets warmer, I'll be able to get back in shape.  Maybe even help Dad find someone new.
Posted by Sawyer at 5:08 PM 3 comments: 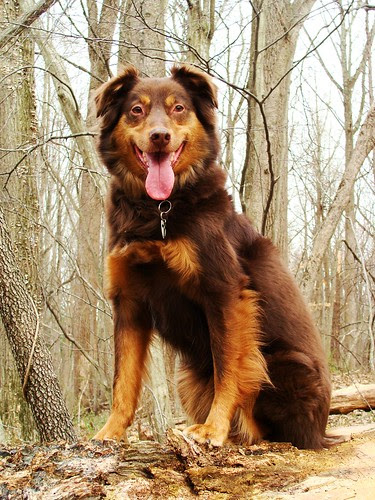 Well, I guess I never came on and finished the story of Vesta. After she and Inara got into two separate scuffles (the second time, Inara required stitches), we decided that she was not cut out for Service Work-there were other reasons. She obviously couldn't stay here, for everyone's safety and peace of mind.

So she went back to Odessa Rescue, and was adopted by her former foster home...she's happy as a loved pet. 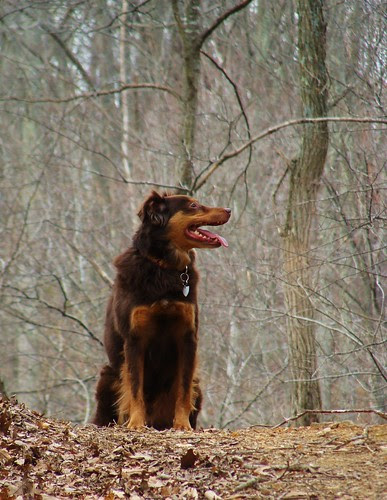 Our big news for the spring is that John and I get to fly for the first time. John flew years ago, back with his first SD, Charlie. But never with me. I've been on a plane, and been through security...so at least I have some idea of what to expect. MDA is flying us out and putting us up in a nice hotel in Los Angeles. John is going to participate in a study for a new medication for his Becker's Muscular Dystrophy. Mom has to stay home and work...so John's mom, my grandma, is going with us. We're very excited! Mom told John to get LOTS of pics!

Miss Vesta is going with us to the flyball tournament in York, PA this weekend. This will be her first time at such an event...and we're hoping she handles it well. Flyball is noisy and there are a lot of dogs and people to sniff/say hi to. Mom is bringing lots of Kongs and treat-dispensing toys for her, to keep her busy in her crate while we're racing.

Wish us all luck!
~SDS

We decided to name the new girl "Vesta" as it was our favorite here, and her new partner liked that best. *AND* she responds quite well to it...like she's known that name all of her life.

I realized that we never added any info about where she came from, and what's going on with her...so here ya go!

Mom got an email a little while ago, from a reader of this blog...seems that she lives in the same area, and was looking for a SD for her son. She got turned away at the local SD group, because her son has multiple disabilities. Mom thought she was equal to the task, and we met up with them a few weeks ago. We discussed dogs and what they could do to help him. Xander and I were delighted, because as the humans talked, they all threw tennis balls for us! Xander and I told mom that we had to help them!

Mom put out a plea for a dog on her Facebook profile, and received many responses with dogs for adoption. She chose a likely candidate from a rescue that we work with, based in Northern VA: Odessa Rescue and Rehabilitation. We arranged a transport, sight-unseen from her foster home in the Virginia Beach area, up to us...here in the Baltimore area. Thanks again to everyone at Odessa Rescue!

So Miss golden girl arrived last Wednesday, right in the middle of the Thanksgiving holiday...which is why there were no updates last week! She's handled everything in stride...a very good girl indeed.

She's a tall girl, which we needed, as she's going to be a balance dog. She's calm in the crate and in the house. She leaves the cats alone, and likes to play with the other dogs...her only big problem right now is that she'll moan and groan when she sees people that might just pet her...she moans at John when she first sees him...every day! (we got into a bit of a scuffle yesterday, as she was trying to climb on the couch to see him...WHILE I WAS LYING THERE!) Nothing much phases her...even John's scooter moving doesn't spook her. She went on a trip to Petco yesterday, with mom and after some intial excitement, she calmed down and walked quietly with her.

From mom: "She's a lovely girl, and I'm looking forward to her training. I'm not a golden retriever fan, but honestly...if I were to get one, she'd be the type." 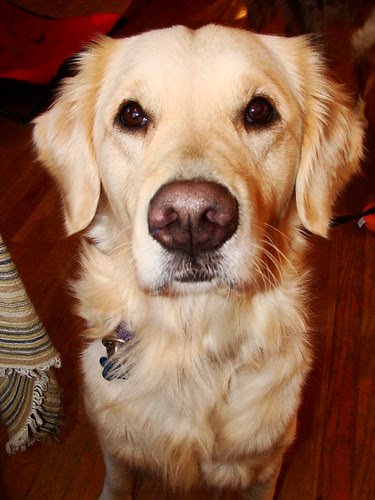 Going with a mythology theme...here are the ideas we've had.

She's a wonderful girl, but is going to need a lot of work...she needs basic manners training so far! But she's picking it all up very quickly! I'll post more about her later this week!

The dog is already picked out...a young, female golden retriever from a rescue group in VA...more info to come...along with lots of pics, of course!

She'll be staying with us for the intial training and socializing, and then when she's ready, she'll head to her new home. We're very excited about this...and we'll definitely keep everyone posted! 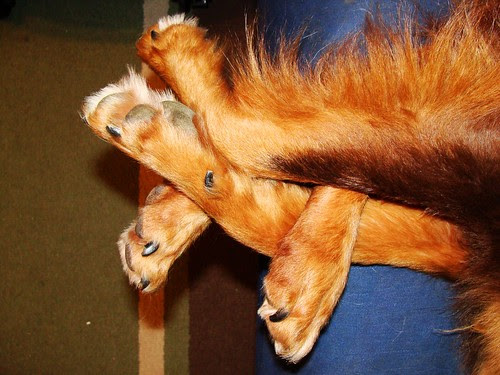 About Me: Service Dog Sawyer

Blogs about other Assistance Dogs

Blogs you have to see!